The Corbin Lab made it to Spectrum News! Congratulations Maria for your recent paper in Molecular Autism reported in Spectrum News:

Dave is currently pursuing an MD/PhD. at Georgetown University’s interdisciplinary program in neuroscience.

Congratulations to our former post-doc Maria Jesus Herrero on your paper acceptance to Molecular Autism! 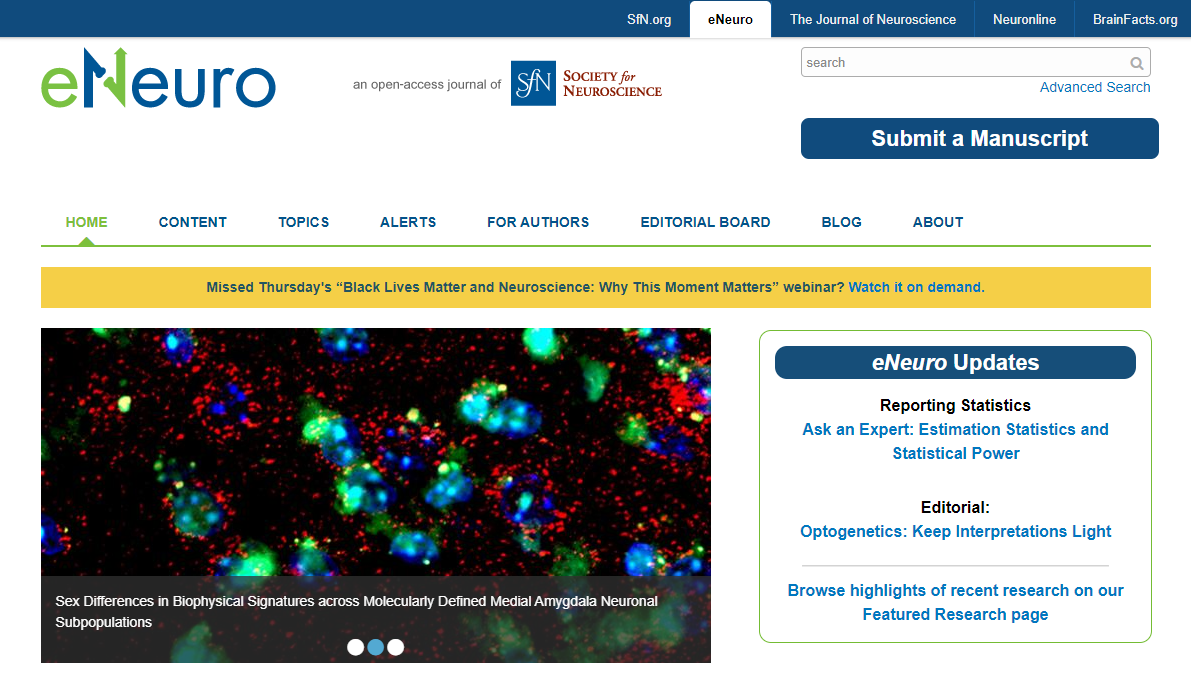 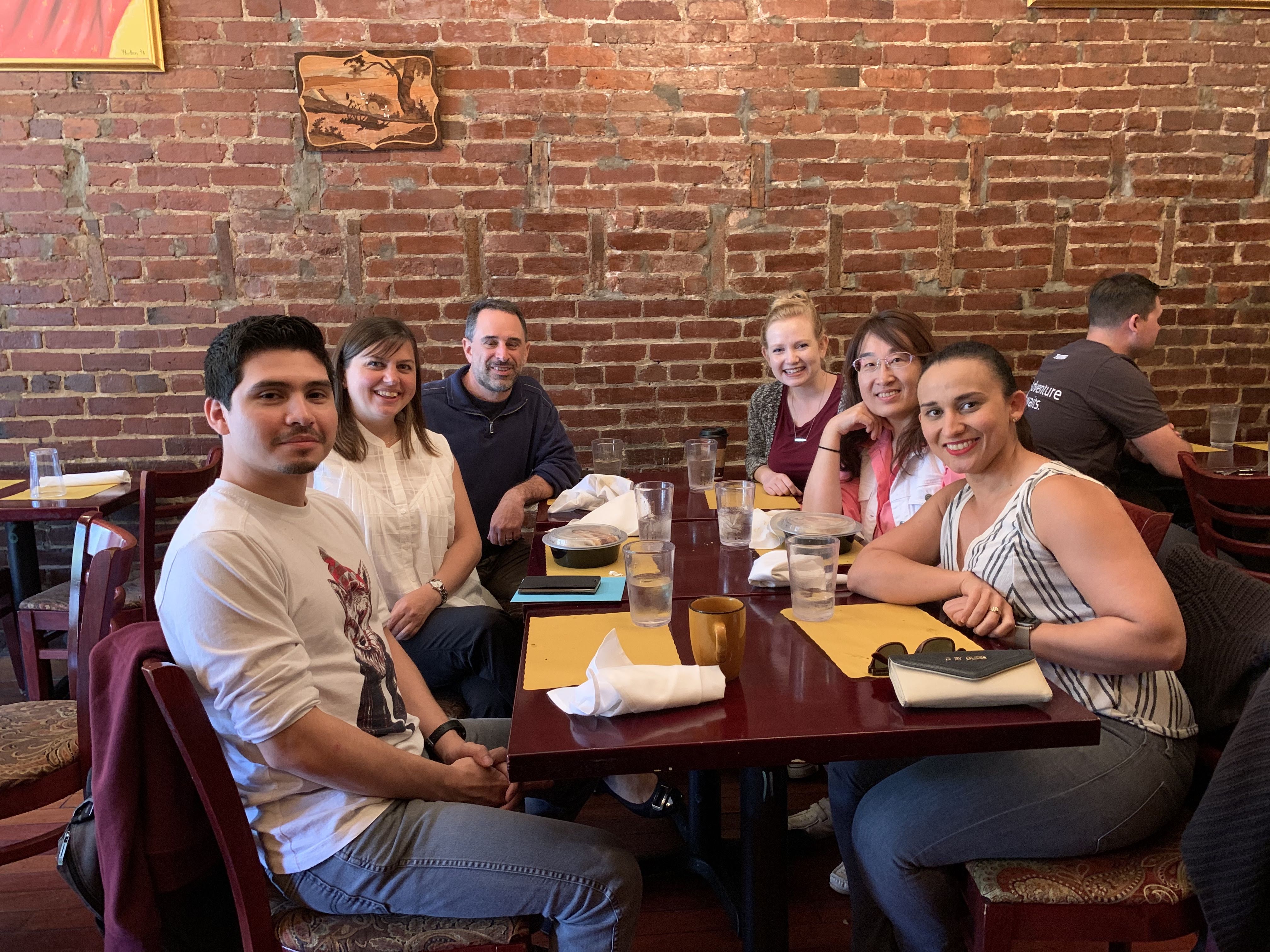 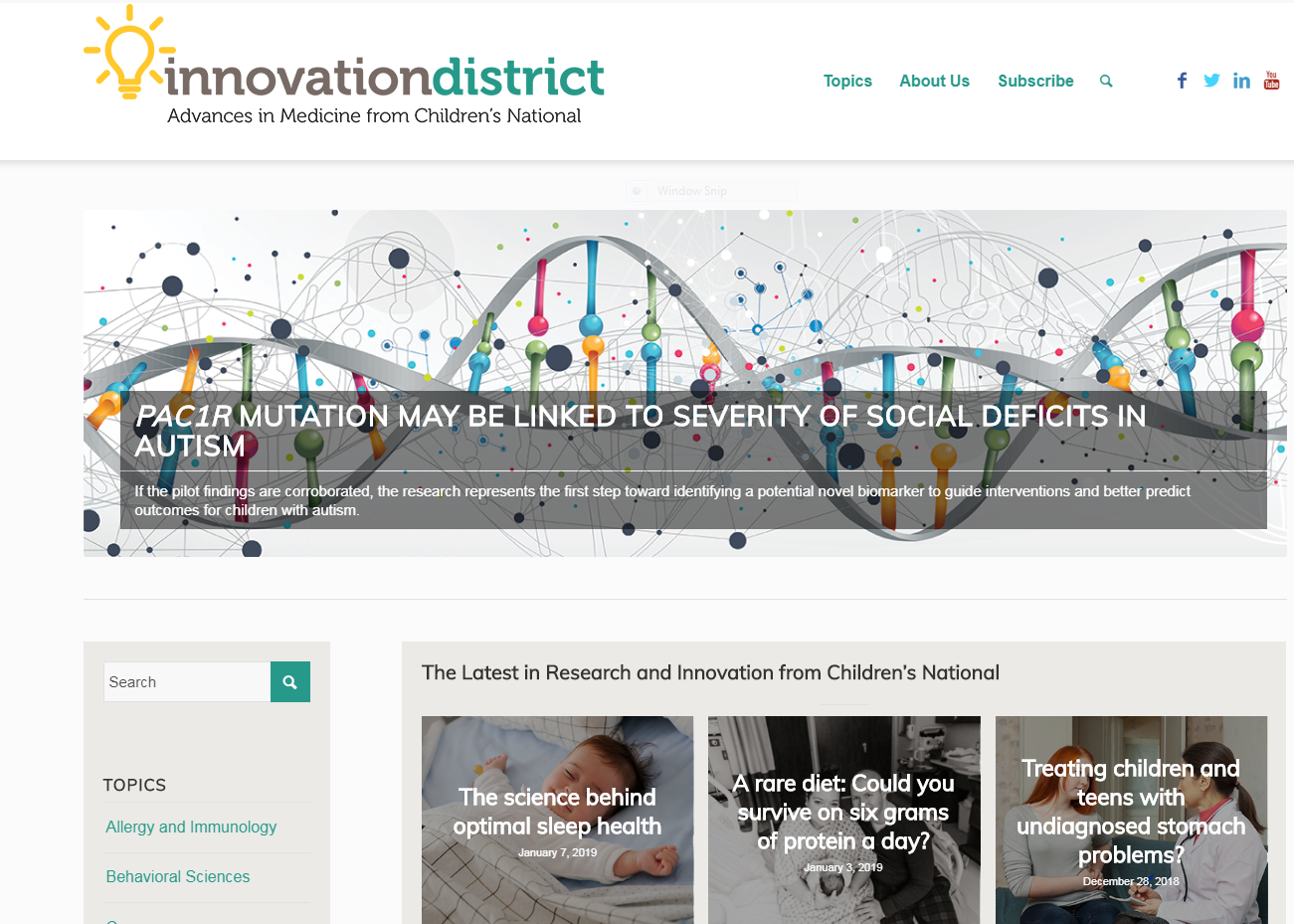 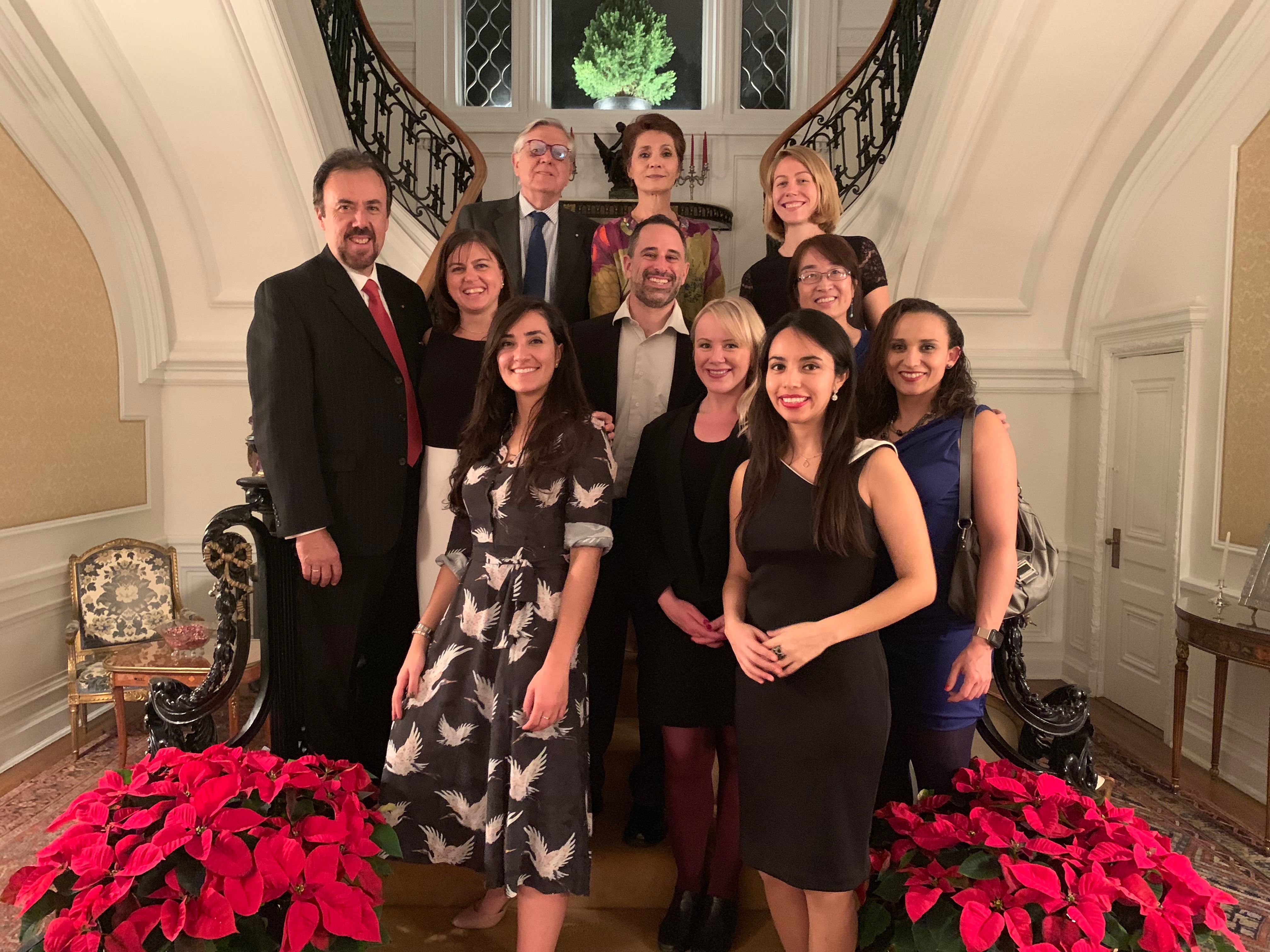 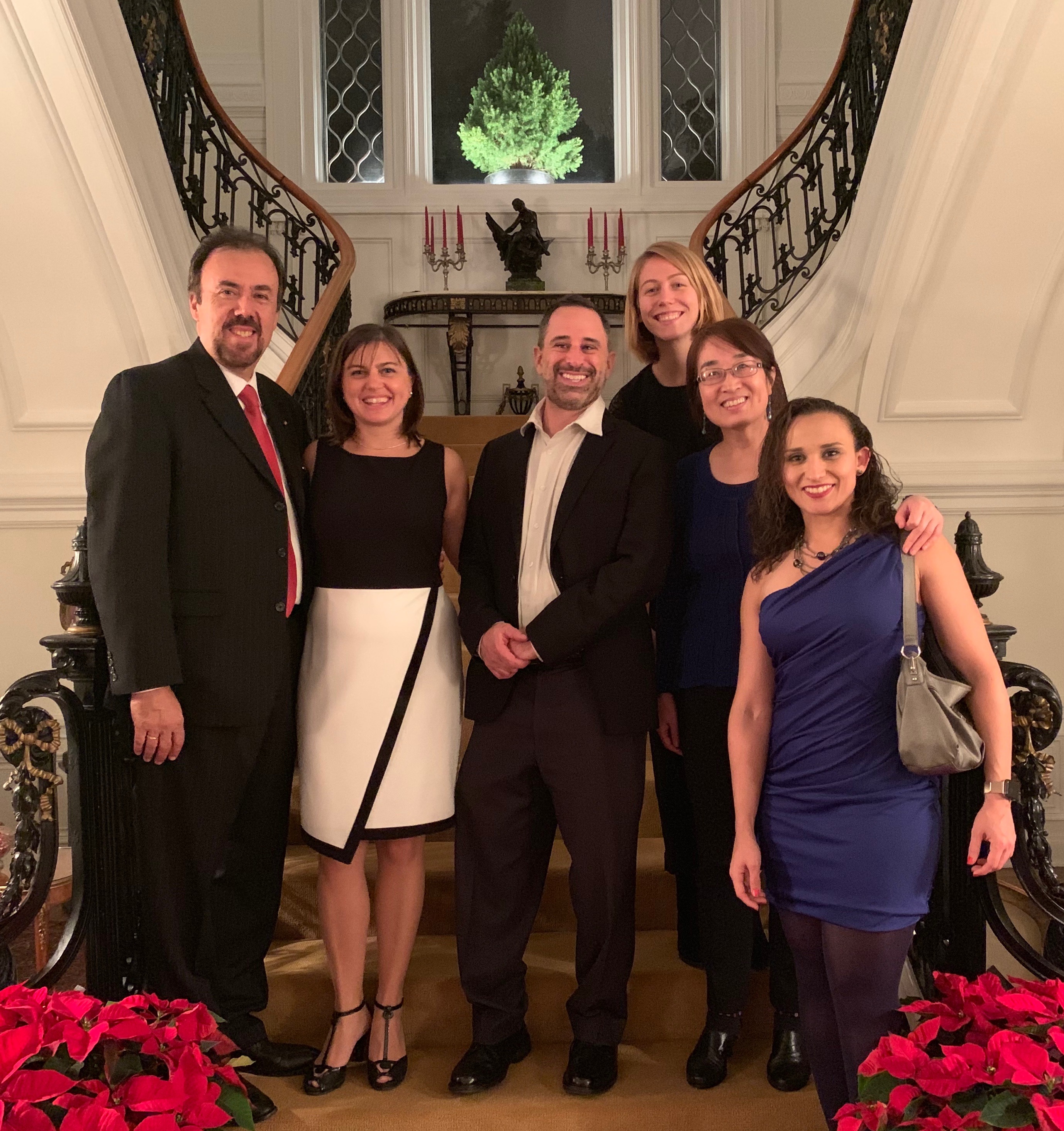 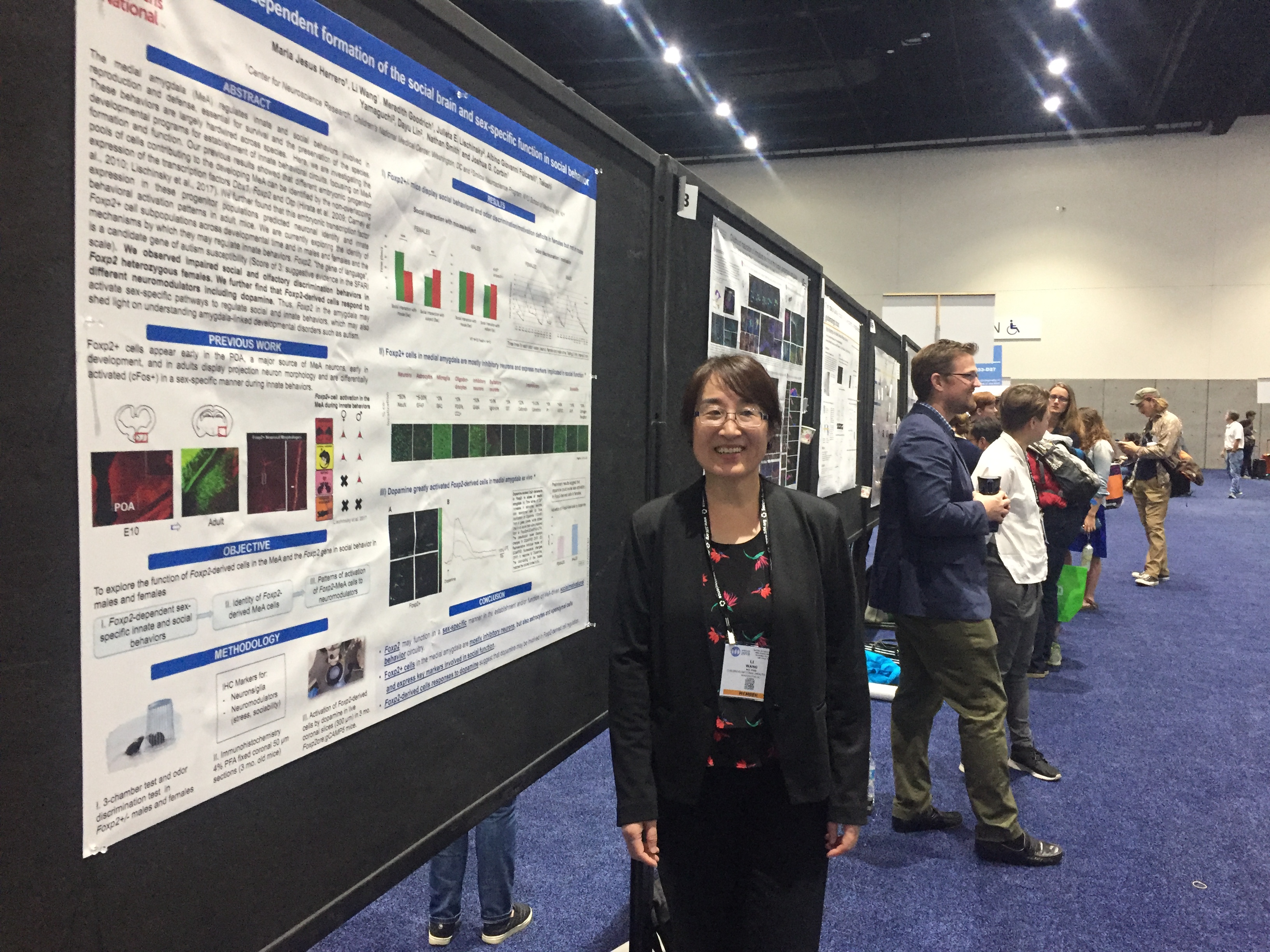 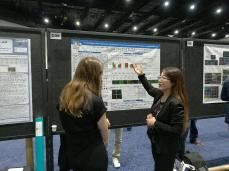 Li and Maria presenting their work at the annual Society for Neuroscience conference and enjoying San Diego. 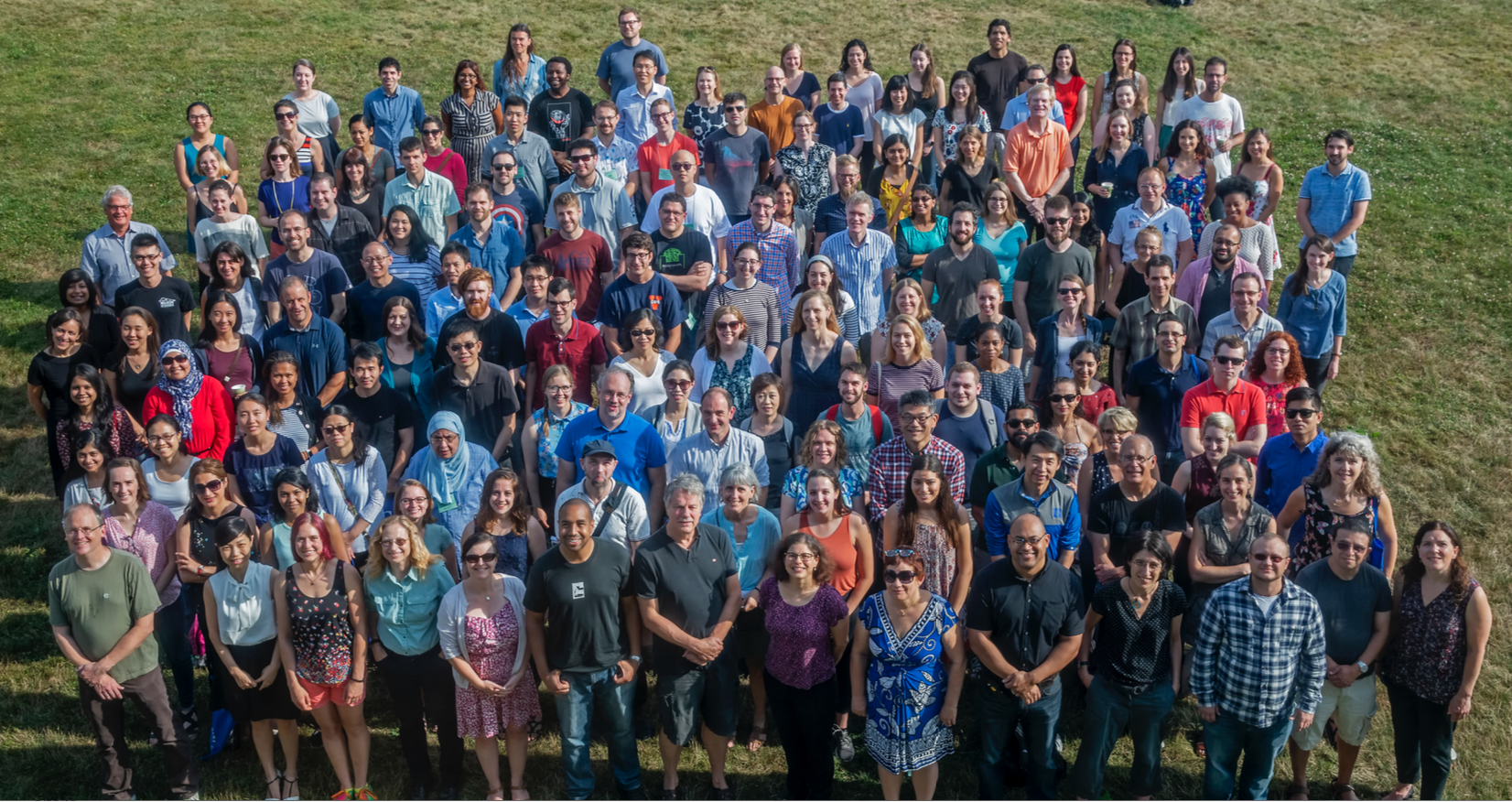 A group photo taken at the Gordon Research Conference for Neural Development in Newport, Rhode Island. 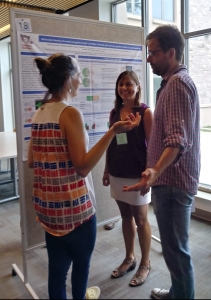 Maria (left) and Heidi (right) presenting their posters at the conference.

Saarthak, Li, Meredith, Maria, and Josh celebrated the holidays and the end of 2017 with a Cuban lunch outing! 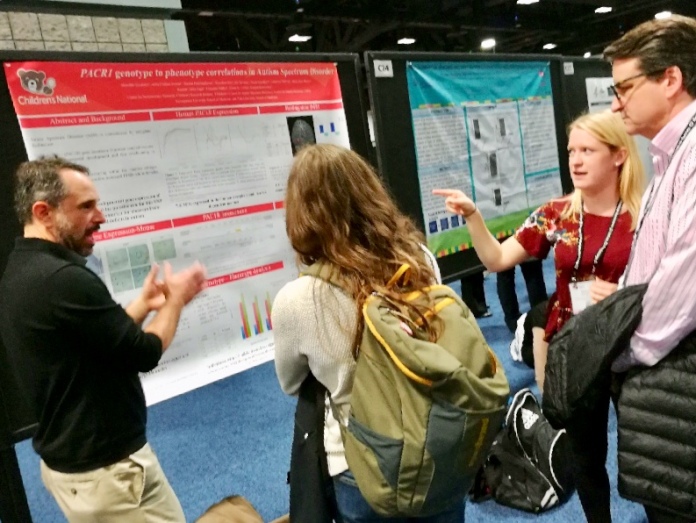 Members of the Corbin lab presented work at the annual Society for Neuroscience meeting in Washington, DC.

Past and present lab members also met for lunch! 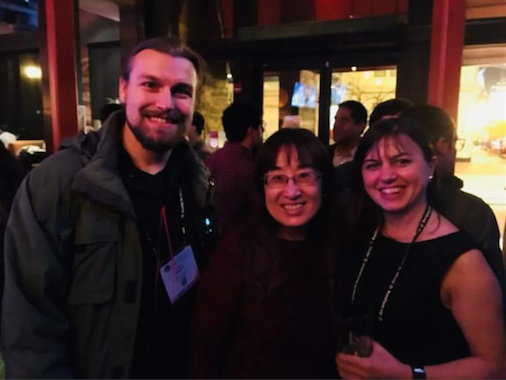 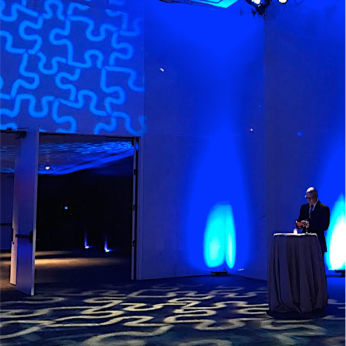 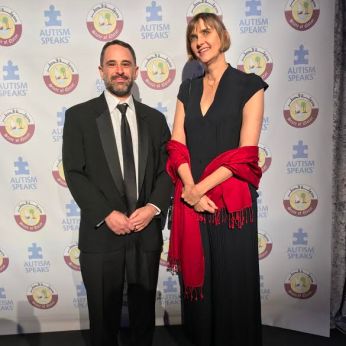 Dr. Joshua Corbin and Dr. Lauren Kenworthy, the director of the Children’s Center for Autism Spectrum Disorders, attended the 1st inaugural Autism Awareness Gala Fundraiser hosted by The Embassy of the state of Qatar in partnership with Autism Speaks! to show commitment to autism research and awareness.

The Corbin lab celebrated Julieta’s final week in the Corbin lab before she makes her move to New York City to start working as a Post-Doc at NYU!

We also celebrated the success of our summer student scholars Mena Mohammed and Albino Folcarelli and the addition of Thomas Jefferson High School student Saarthak Sethi to our lab.

Meredith presenting her poster at the GW Neuroscience Symposium.

Students and Post-Docs had the pleasure of having lunch with Dr. Capecchi!

Celebrating Julieta’s successful dissertation with the whole Center for Neuroscience 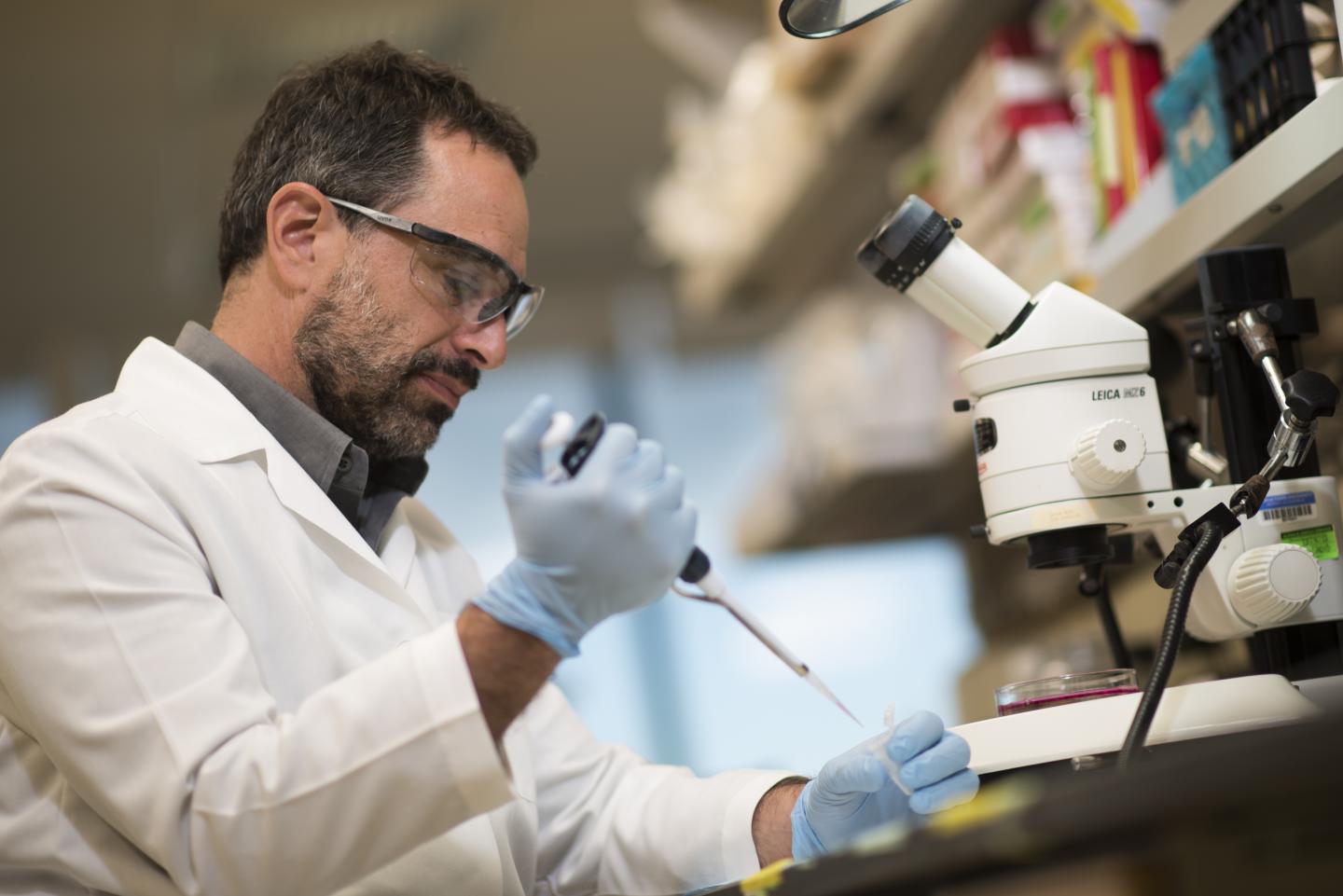 Read about how transcription factor expression is tied to medial amygdala neuronal ID in this recent press release!

Don’t forget to submit an abstract for GW Research Days!

Julieta presenting her poster at GW Research days in 2016

Maria, Julieta, Meredith, Josh, and Livio celebrated the end of 2016 with a festive lunch. 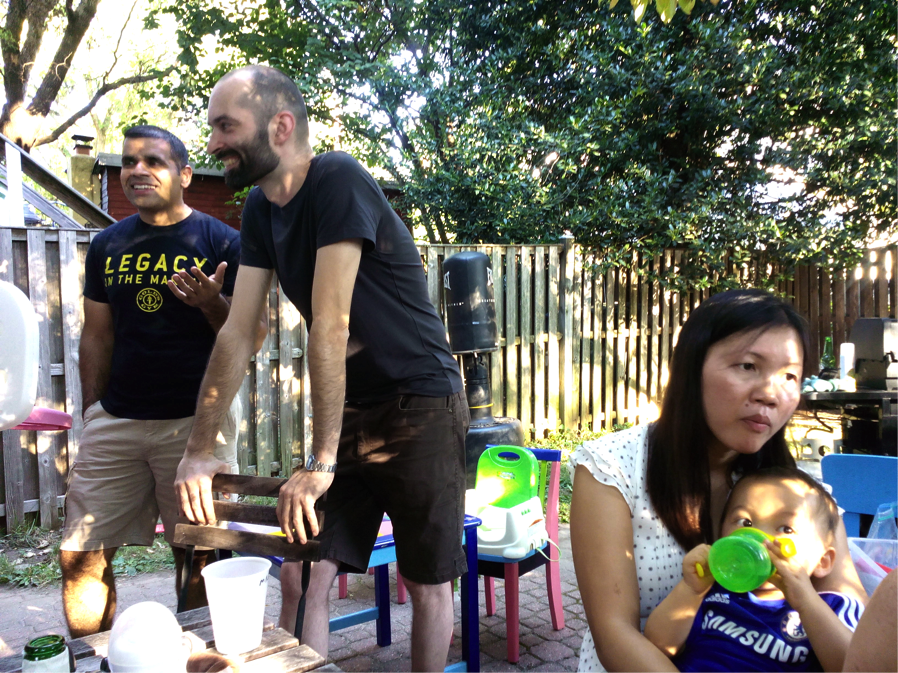 After a great summer, the Corbin and Zohn labs got together for a backyard barbecue.

A farewell lunch for Katie

Our lab and the Triplett lab joined together to have a final celebratory lunch before Katie’s transition to a new job at the FDA!

Julieta was inducted into the Bouchet Graduate Honor Society that recognizes outstanding scholarly achievement and promotes diversity and excellence in doctoral education and the professoriate. Here she is pictured at the Bouchet Leadership Award Dinner at Yale with GWU Associate Dean for Graduate Studies Jeffrey Brand, Yale’s President Peter Salovey, University of Miami’s President Julio Frenk, and a fellow Bouchet inductee, Hakim Walker.

You can view his Grand Rounds presentation here!

A group photo taken at the Amygdala in Health and Disease: Gordon Research Seminar and Conference at Stonehill College, Massachusetts

Lab outing at the Nationals game 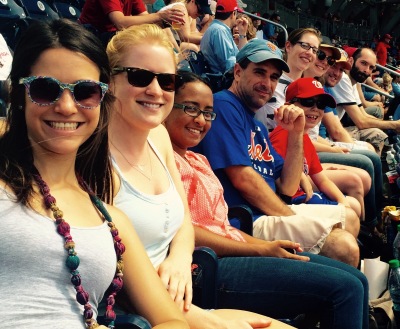 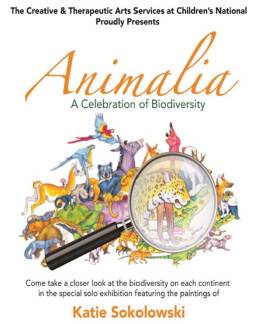 “Animalia celebrates the biodiversity of the animal kingdom in a series of paintings using a brilliant color palette of inks and watercolors.  Seven main pieces depict parades of forty charismatic species from the seven continents.  Overflowing the seven main pieces are smaller paintings intended to hold a magnifying glass up to the animals that were too small in size, too big in personality, or too many in number to be included in the main paintings. Intentionally devoid of a background and even shadows, these pieces raise awareness of what can be lost as a consequence to environmental destruction and habitat loss.  Many of these species are fighting for survival similar to the kids coming through Children’s National.  Like these animals, every child has a distinct personality that shines despite difficult trials – each child, a jewel worth treasuring.”

On the cover: This piece, created by Katie Sokolowski, playfully references “gene patterning” by alluding to the beautiful patchwork of intricate quilts. Icons of related behaviors, such as predator avoidance, stress, and feeding, juxtapose one another diagonally and are stitched together by a double helix that links an embryo to neuronal circuitry. Together, this illustrates the finding that the embryonic patterning gene, Dbx1, is required for the formation of select neural circuits and innate stress behaviors. In contrast, icons of other innate behaviors such as mating, aggression, and maternal care, which were also investigated in the paper by Sokolowski et al. (pages 403–416), are stitched by separate double helixes. This illustrates that development of circuits that regulate these behaviors are controlled by other gene(s).

A video abstract for Dr. Sokolowski’s publication in Neuron 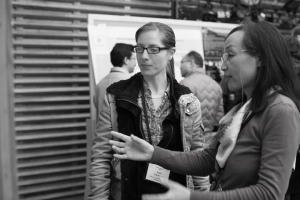 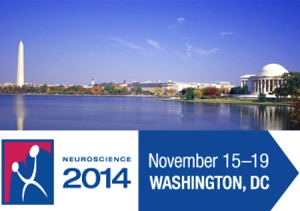 Katie, Livio, and Julieta presented posters at the 2015 Society for Neuroscience Conference in Washington, DC. 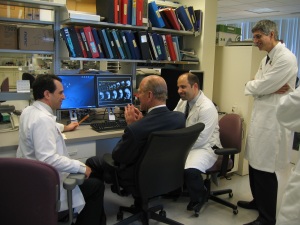 One thought on “Gallery”